The Conecta FICTION & ENTERTAINMENT 2022 PITCH COPRO SERIES Editorial Committee was made up of professional experts and senior executives from the audiovisual industry, both from Europe and the Americas. They were in charge of reviewing and evaluating the international co-production series projects received during our call for projects. From all the projects submitted, a total of 10 of them were selected and presented at the pitching session during the face-to-face event on June 21-24, in Palacio de Congresos El Greco, Toledo (Castilla-La Mancha, Spain). 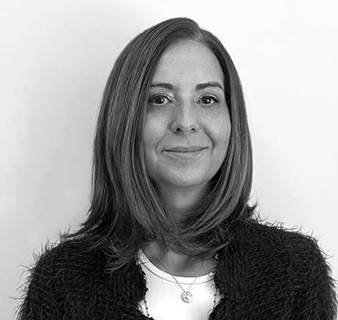 Director of National and International Co-Productions

Patricia Arpea is the Head of National and International Co-Productions at Pegasus, a film and television production company, since February 2022. She has been working in the world of audiovisual productions for more than 28 years, and before joining the Pegasus team she has developed her entire career in one of the best known companies in the sector, Publispei. 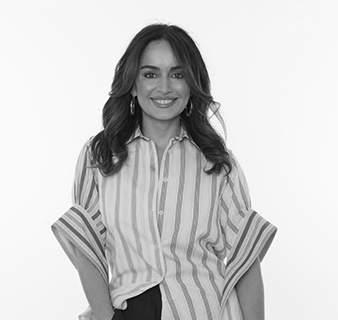 Ana de la Reguera is one of the most influential artists of our time. She recently starred alongside Dave Bautista in Zach Snyder’s Army of the Dead which won as an Oscar 2022 fan favorite.

He also starred in the cast of the latest installment of the blockbuster The Purge franchise, titled: The Purge Forever for Universal.

In 2019 she premiered ANA, a series which she created, wrote, and starred in becoming the first Latina actress to do so. ANA the series, a half-hour comedy based on her life, airs on the streaming platform Pantaya in the United States and in Latin America through Amazon Prime Video. The first season was nominated for both a GLAAD and an IMAGEN award and Ana herself was named one of People en Español’s “25 Most Powerful Women of 2020.” In 2021, de la Reguera received the Legacy Award for Outstanding Achievement in Hispanic Television at Broadcasting & Cable’s annual Hispanic Television Summit Broadcasting Conference.

De la Reguera will next star in Sebastián Gutiérrez’s limited series Leopard Skin for Peacock with Carla Gugino and Jeffrey Dean Morgan. And she returns with the Army of the Dead animated prequel, Army of the Dead: Lost Vegas. And Que viva Mexico, the latest film from acclaimed director Luis Estrada to be released later this year on Netflix.

In the emerging world of podcast fiction, Ana will appear in The Big Lie alongside Jon Hamm and Kate Mara which will premiere in June 2022 with a Tribeca premiere for Audible. In 2021, De La Reguera starred in the second season of the hit horror anthology podcast Crónicas Obscuras.

Ana’s career began in 1996. Her many titles include: Paraiso Travel, Backyard, Ladies Night, Por la Libre and Capadocia. She has been nominated for two Imagen Awards for Best Actress, won one, and has received two Best Actress awards from the Mexican Association of Theater Journalists for her work in theater. She hosted the 2018 Latin Grammys and the 2006 MTV Video Music Awards in Latin America.

Reguera is currently an ambassador for Liverpool in Mexico, and previously served as an ambassador for Pantene, Telefonica, Special K, Caress and many other brands. In the U.S. she shared a campaign for Te Lipoton with Hugh Jackman, Cover Girl, Kahlua, and now ambassador in the U.S. Latin market for brands such as Colgate and AT&T. She also partnered with DoorDash on a major campaign to support restaurant workers during the pandemic.

De la Reguera also has two charities, including VeracruzANA, which supports communities affected by Hurricane Karl in Veracruz, and One Children Foundation designated for building homes in Puebla after the 2017 earthquake that took place in Mexico. It also supports children on the Mexican border with humanitarian support. 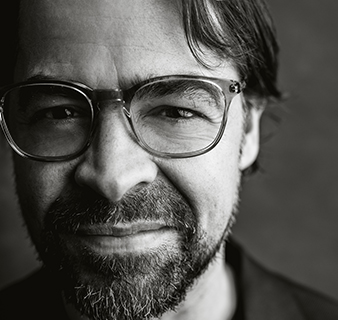 Alex has been a producer for 15 years at several top companies such as Producers at Work, Red Arrow, Constantin Film or Warner Bros. specializing in the development and packaging of German TV Movies and Series. Previously, he worked at Los Angeles-based talent agencies UTA and Gersh in the literary film division. Alex began his career as a GWFF intern at Screen Gems. He is a graduate of DFFB and EAVE and holds business degrees from FU Berlin and UA Madrid. 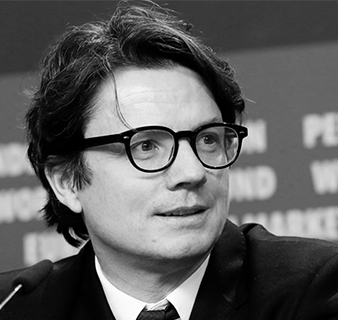 Philipp Kreuzer is an award-winning film producer, lawyer and film school graduate. His production credits include feature films, TV-Mini-Series and TV-Series, many of them being international co-productions. After studying in Munich (law), Paris (literature) and Madrid (film) he began his career in film law firms in Germany and America prior to entering film production and finance with London based The Film Consortium and MFP for Paramount Pictures. Four years he served as project manager for Eurimages responsible for a large number of feature film co-productions co-financed by the fund. In 2005 he joined Bavaria Film Group. He held different functions in production and management incl. producer, head of sales, co-production and financing, MD of two of Bavaria subsidiaries (Munich/Rome) and member of the group’s management board. In 2015 he founded Munich/Berlin based maze pictures with partners as an independent production company for film, TV and digital (www.maze-pictures.com). He publishes in film law and teaches at film schools in Spain, Germany, France and Israel. From 2014-2018 he was member of the selection board of the Austrian Film Board, he is a member of the European and German film academies (Section production), active in film policy and board member of the German film producers’ association (VDFP). 2018 he won the best producer award of the Bavarian State for “The Happy Prince”. He speaks five languages. 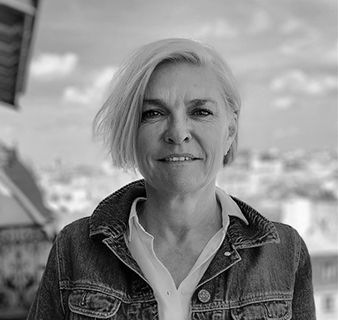 After studying journalism and communication in Paris (Sorbonne and CFJ), Charline de Lépine decided to settle in Colombia where she started working in the production of several international feature films.
Back in Paris, she has been an associate producer at the company “Son et Lumière” for 16 years and has produced numerous TV movies and series, such as “Avocats et associés” and “Spiral”.
In 2006, he created the company Macondo, oriented to the production of mini-series.
Macondo has successfully produced the 3 seasons of “Les hommes de l’ombre”, the first french series to put on stage the world of politics. It is currently finishing the post-production of “Piste Noire”, a thriller set in the middle of a skiing competition. 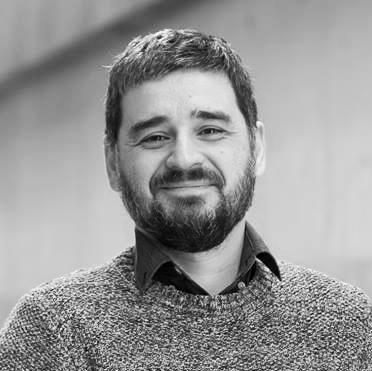 Screenwriter from Navarre. Creator of the series “Perdida”. He has written screenplays for “Operación Marea Negra”, “7 Vidas”, “Vivir sin Permiso”, “Caronte”, “Gran Reserva”, “La Familia Mata”, “Con el culo al aire”, “Ciega a citas”, “Hispania la leyenda”, “Allí abajo” and “Entrevías”. Nominated for the Goya Award for Best Adapted Screenplay for the feature film “Jefe”. Awarded at the Austin Film Festival for the screenplay of “Acantilado”. In 2022 premieres the feature film “Objetos”, directed by Jorge Dorado, and shoots “La voz del Sol”, co-written with director Carol Polakoff. He is currently preparing the second season of “Operation Black Tide” for Amazon and the series “Pastor”, of which he is Creator and Showrunner, for Viacom International. He has taught in screenwriting masters at the universities Pontificia de Salamanca, Carlos III, Francisco de Vitoria, Camilo José Cela, Sevilla, Nebrija, Navarra and ECAM. Jury member of the Sir Peter Ustinov International Screenwriting Competition 2016 and 2017 and the International Emmy Awards 2012, 2013 and 2020. 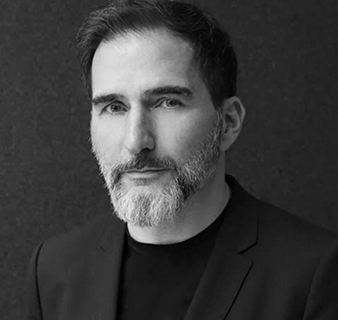 Manuel Marti is Head of Script Development at Fremantle Latam, where he oversees the process of sourcing and developing original content, organizing co-productions and creating alliances between key industry players across the region. Prior to Fremantle, Manuel spent 5 years at Polka, one of Latin America’s leading production companies, working as Head of Development and International Business; and 8 years at Turner International working as Director of Original Production Latam. Originally trained as an architect, Manuel has worked in the fields of design, direction and content production. 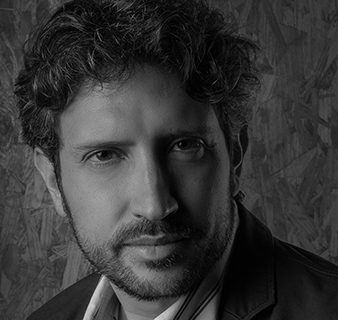 Mexican multidisciplinary artist specialized in scriptwriting, stage direction and teaching. During the last twenty years he has created and developed a variety of projects for different networks and platforms. Currently, he directs the El ABC del Showrunner degree at Universidad Centro and is Senior Director, Future Original Development at NBC Universal. He is the creator and writer of Control Z, an international hit for Netflix. He is also the creative director of Armas de Mujer, the first original project for NBCUniversal’s Peacock platform, soon to premiere.

He studied finance and international relations at the Universidad Externado (Colombia), with a postgraduate degree in international economics from the University of Basel (Switzerland). Diego worked for 7 years at Accenture as a strategy consultant for the banking sector (offices in Bogotá, Buenos Aires and Madrid). He subsequently worked for 3 years for De La Rue in London as part of the executive team of business development, leading projects for emerging markets. Diego is one of the founding partners of Dynamo and he currently works as an executive producer, leading the development and production of premium series. Between 2016 and 2017, Diego supervised the production of Narcos (Netflix series). In 2018, was the main producer of Falco, the first Dynamo’s series developed in Mexico for Amazon. He was also Netflix series Frontera Verde showrunner, based on his original idea. In 2019, his Falco series was awarded an International Emmy. 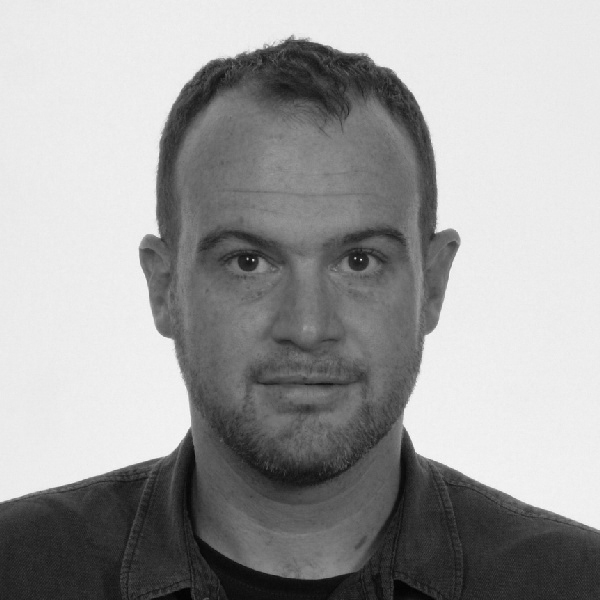 Tomas Silberman began his professional career in the audiovisual sector as part of the directing department of several feature films and television series. In 2008 he starts working as a comedian coordinator at Comedy Central, where he is also part of the script team of different entertainment programs.

In 2019 he becomes responsible for content development at VIS, Paramount’s production studio in Spain, being in charge of supervising the writing, production and post-production of different fiction projects such as “La Novia Gitana”, “Historias para no Dormir” or “Días Mejores”, the contents of Comedy Central’s own production programs such as “Comedy Central Presents”, “Stand-up 3000” or “Roast Battle”, as well as analyzing the different proposals for series and programs that arrive every year to Paramount in Spain.